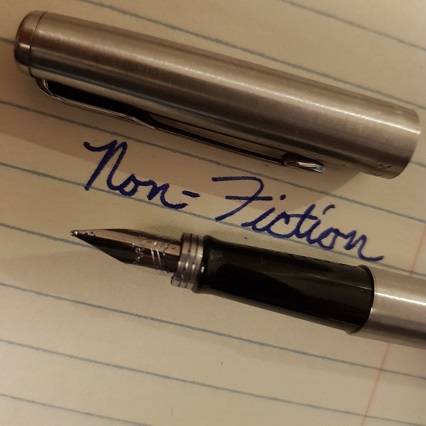 There's a certain beauty to be found in nature that is surprisingly easy to forget. Where I live now, the rolling hills of Ohio are covered in uniform greenery, neatly mowed lawns and rows of agriculture. These things can all be beautiful in their own right but are ultimately just artificial nature. Real nature, natural nature, is becoming increasingly difficult to find. When my father was young, this was perhaps around the 1950's, he purchased a rectangular swath of Canadian land, a total of forty acres, just North of Michigan. I went there one summer expecting to camp and revel in the natural wonder of a world untouched by humans. I expected nature, I expected raw, pure, unadulterated nature, but I couldn't grasp the breadth of what that meant prior to arriving there.

I grew up in the country, the parts of South-Eastern Ohio where nobody locks their doors because nobody needs to. This is the sort of area where it's okay to leave the keys in the car so that you know you don't lose them. I grew up in nature. Our house was separated from the nearest neighbors by at least a mile or two of mostly undisturbed woodland. I knew nature. This Canada business, though, that was a whole other level.

The first thing to catch my attention on crossing the border was the remarkably low price alcohol reached after being stripped of taxes. The next thing I noticed was the stereotypically large amounts and types of maple syrup on sale at the border, marketed towards Yankees like myself. It stood to reason they would be fond of it, considering the sugar maple leaf that dominates the Canadian flag, but this was less fondness and more marketing. So yes, the syrup was to be expected, but they took it to such a level that this expected commodity became an ironic one. By the time I'd left the border shop I knew I loved that country.

The trip to the border seemed to take all day. We passed through the city of Sioux St. Marie, which is one half in the United States and the other half in Canada, at about noon, around eight hours after we left ("We made good time," I told the woman who would later become my wife). It was the middle of July, we still had the majority of daylight ahead of us, but we really only knew the roads to take on the U.S. side of things. Past that, we had directions, but the scenery and signs became so sparse that we rarely could say we knew where we were going. The place we were headed turned out to be another couple hours off. We got there promptly enough, despite trying to weave our way through the uninhabited lands between us (based on what I saw there I would say the whole of Canada has about half a dozen gas stations, we were just lucky enough to be within a couple hundred miles of one of them). When we did get there we took the deed to the land and our fifty year old map to the only government building we could find and, over the course of the next hour or so, managed to puzzle out roughly where the land we wanted should be.

Finally, after a day of traveling, we stopped to eat. We ate at a small diner, a mom and pop sort of place, the only place we could find, discussed our plans for getting where we needed to go and setting up camp, then, having forgotten to exchange currency, paid with our U.S. Dollars and headed out. The route from there was all gravel roads and innocuous turns. There are no roads that lead to our property. There are no signs. There's really only guessing. We had no idea how to guess that.

So we stopped and asked for directions. There were no businesses near where we needed to be but a few homes so we just knocked on the door of one, showed them our map, explained our business there, and asked if they had any idea of where we may need to go.

"Well," the man said as he eyed our map after some discussion and consideration, "if ya go up here about two miles yer see a big red mailbox, looks like Snoopy's dog house. Turn right after that an' go down there an' yer see a lil access road over t' th' left, eh? Now, ya can't getcher car down there, but if ya look close yer see it. Don't know if that's th' place yer looking fer but it's just aboot where yer map shows an' I know there's a big chuck o' land nobody's been t' for at least the last 20 yers I lived here, eh?" The conversation was funny in the way maple syrup was funny. I feel like I'm insulting the man or at the very least stereotyping him by use of the word "eh?" after his sentences but no, this was legitimate.

We stayed and talked to him and his wife for a good while after that, maybe another hour. They were fun and kind and full of interesting stories. At one point he told me that he knew who the president of the United States was but not the name of Canada's prime minister. At another point he said, and I don't remember the context at all but recall the quote flawlessly, "I fucked the fuck out of her fucking pussy, eh?" I laughed hard at that, I still laugh at that. We all joked, we made new friends, and then went on our way. With the extra help we found the spot (or what I assume was ours, although I'm still not sure we didn't just camp on land that belonged to somebody else) where we could set up our tent in the decaying light of a huge red sun. The closest flat and mostly clear space we could find with it was about half a mile (or perhaps maybe a kilometer, what with being in Canada) from where we had to park. We agreed that this spot would work fine then slept in the car.

We had planned to sleep in the tent, of course, that's why we had brought it, but the task was daunting. In the dark it was terrifying. The forest was alive with sounds. Each cricket we heard made the roar of a bear ready to rend flesh from bone just for kicks. The car seemed like a much easier and much safer habitat for the evening.

The next day we awoke bright and early from a few hours of uncomfortable sleep after several hours of deep conversation. In the light, the world we had found was majestic. It was flawless. It was a swift and winding river cutting the land in half with the clearest water I've ever seen. It was tall trees saturated with leaves and flapping feathers and calm breezes. It was the shadow of a bald eagle as it stretched out between the sun and I. The land was only nature for as far as my hikes could find save the one road we came in on and one other exception. There were the first dozen or so rotten logs of what a squatter might have hoped would become a cabin next to a giant crumpled tin can that had once been some kind of camper. Those were the only things to indicate that man had ever touched this area and even they were overtaken by the land. The camper had no roof and the walls were full of holes. I went inside only once. Bear cubs are adorable, if you're ever interested, but have a tendency to make grown men shit themselves. I went in, saw the cub sitting as innocently as something that could cause a person to get mauled by a bear can, and promptly turned around, grabbed my future wife by the hand, and quickly led her away. I met the confused and panicked look in her eyes by saying only, "let's go." When she asked why I followed up with, "just fucking go." When we got to the car again (the tent not feeling safe enough) I explained and we laughed about it.

The rest of the week we stayed was pretty standard camping. I chopped wood for fires with the ax I had brought across, whittled sticks with the hunting knife I bought for the trip (I've still never actually gone hunting) and acted like the masculine protagonist of Man Vs. Wild, despite feeling (not to mention being) more like Tom Hanks struggling for survival in Castaway.

A few days into our week long trip we finally got to the business that had brought us there. I hadn't wanted to deal with it on our first day and didn't want to put it off until the last. I did still want to put it off but there's never enough time to put everything off as long as I'd like. We went to the car, spending what felt hours on a walk that should have taken less than half of one and I took out the large Tupperware container I'd brought, lifting it gingerly, as if afraid I could still hurt him. We found a large rock overlooking the Thessalon River that runs through the Municipality of Huron Shores and the land my father had purchased at least half a century ago and stood there a moment in preparation.

I might have said a few words but I don't remember them. If I said any, they were very few. Maybe I said, "thanks," or maybe, "sorry." I probably said, "I miss you," and hopefully, "good-bye," but none of the words good enough to remember. I opened the container, closed my eyes, and emptied the contents into the river.

As my father's ashes blew back into our faces I remembered him saying, never knowing just how serious he was, that when he died he wanted to be cremated and have his ashes scattered at sea. This wasn't quite the same but at least I knew this would take him there. I was glad to give him a start to his journey. I owed him at least that much after the start he'd given me.

I drove a small wooden cross I'd made into the dirt nearby as well as I could (which was not too well; I'm sure its fallen by now but at least I know there's nobody there to carry it away) and we washed the last of my old man off further upstream in the same river. The nights were cold, even in the middle of July, and that particular night it may have even rained. Our Canadian neighbor had ridden up on a four-wheeler with his chainsaw earlier, not to murder us as Hollywood would have a person expect, but to cut firewood for us (I think I'd broken the little ax I picked up from Wal-Mart by this point). We made a fire large enough to keep us warm and withstand the drizzle and drank the affordable liquor we'd purchased at the border. We spent the night in silence, all the valuable words having already escaped our vocabularies. Even the vicious man-eating crickets seemed to have stopped roaring at us. A couple days later we packed up everything we'd brought, everything but my father and the marker I'd made for him, and started the long drive home, leaving the majesty of nature behind.