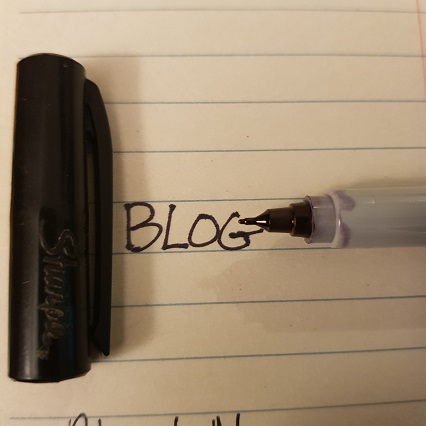 Alright, I'm back on the blogging wagon with today's entry, Mech Gears, which I've been excited to review for the last week. This game comes from BKtdm as a showcase of their abilities with art and game design. To quote BKtdm's own caution, "Warning!: Contains blood, mild swearing and busty anime girls..." That it does.

I'm ready for some espionage!

Mech Gears is a sort of spiritual tribute to the Metal Gear series, and it shows right from the title screen. The screen doesn't seek to immitate or mock Metal Gear or Metal Gear Solid, but it does channel the same sort of energy. As soon as I saw it, I was ready to rock out with my glock out. I've been a long-time fan of the Metal Gear series, especially the original 'Solid' triology, so just knowing that gave me some idea of what to expect and a lot of high hopes for what I couldn't infer.

The game drops you into a dark scene with flickering lights and...zombies! Who doesn't love killing zombies, amirite? You've got nothing but your combat knife to go after them with but, you know what? That's okay. I had a lot of fun knifing zombies and didn't end up using the firearms I gathered until well after acquiring them. We're started off with solid humor and enticing gameplay as soon as we land; this is definitely a game that sinks its claws in early. I was caught, held, and didn't want to escape even if I could have.

Funny references to other games? Don't mind if I do!

Honestly, I didn't find the gameplay as tactical or espionage-y as I had hoped. I wasn't reliably able to sneak up on even a dumb ol' zombie without him noticing me. Still, I love what's happening here; the overhead view is reminiscnet of Metal Gear for the NES, and the action is a million times better. Sure, I had trouble sneaking up on things, but being able to at all mesmerized me, and that extra damage from stabbing a foe in the back convinced me to keep trying.

I struggled a little with the controls at first; attacking is mapped to the shift key, which I mistook for an 'up' arrow, rendering myself as harmless as a busty anime kitten. Also, I have fond memories of Metal Gear games from consoles, so the lack of controller support hurt my heart just a little bit. I found when testing to see if controllers worked that the input would actually cause the game to freeze, so definitely stick to keyboard and mouse for this one. That said, it's made for keyboards, and when played as intended, the controls are solid and intuitive. The control layout is offered early on and gives a helpful and aesthetic view of every button you need, so there's really not much guessing.

On that note, I do feel the weapons wheel could have been explained better; it took me a number of clicks and taps to figure it out. Once I had it, though, it was a beautiful addition that really added to the experience. Actually, I love the weapon wheel; I just love it. One second I'm stabbing, the next it's a shotgun to the badguy's face. It's wonderful.

We all love badass scantily clad buxom anime soldier women, so the art is going to be a hit from the first image of the main character we see, but there's so much more going on here. For one, we're not seeing the same bust every time; although the character is largely presented the same, she's got unique facial experessions and poses that really animate an otherwise static picture. On top of that, the picture is smooth and professional looking and is used to great effect in the game's short cut scenes.

That's not even what impressed me here, though. Honestly, for as good as that art is, the pixel art is even better. The zombies somehow manage to skirt that fine line between adorable and terrifying. The main character looks as good at 48 pixels as she does at ten times that. The environment is cool and dark and atmospheric and the tiles fit together seamlessly. It's an overall great experience just to look at.

I don't have as much to say on the music, just because I felt it was sort of understated, but that's exactly what I needed from it. It kept me in the game and heightened the mood without taking over. The writing was much the same; it was good, authentic, it furthered the plot, and it was frequently really funny, but it was never so profound that I found myself distracted by it when I was otherwise busy shooting things. That's a delicate space to occupy in video game writing, but the author here nailed it.

It's succinct, and I can appreciate that.

The less than great

Okay, no video game is perfect, so it wouldn't be fair if I didn't find something to complain about. The issue where my controller input froze the game is one point. At another spot, I found that when I loaded up a save after dying, the putrid zombie remains splattered on the floor started moving around as if I hadn't brutally ended their unlives. Also, there's a substantial apostrophe deficiency (which might be intentional for style). Honestly, though? Those were the only technical problems I had, and they didn't detract from the quality of the game at all.

I only encountered one other problem going through, and it wasn't any kind of bug. As with many of the boss entries in Metal Gear games, the boss I encountered here was HARD. The first major conflict comes in the form of three nigh-invulnerable and heavily equipped guards. I hit them with grenades, firearms, I even insulted their mothers, and they refused to stop killing me. The flash grenades are a huge boon here, stunning the whole group, but they only stay stunned until you attack them, and they don't seem to respond very favorably to being blasted with a shotgun.

I came to think of this warning as a pre-game over screen.

This is such a cool game. It's as cool as a cucumber. As cool as an icecube. As cool as space travel and vinyl records and James Bond. Seriously. It's got all my favorite tropes from games before it, great art, engaging gameplay, and a story that's both predictable and new, like an old friend who grew up a bit. The action is a little clunky if you were expecting an ABS more like SNES-era Zeldas, but I think it fits really well with the form of the game, and I wouldn't suggest "improving" it even if it were a viable option.

I'd suggest this as a must-play if you're an MGS fan, even if just to catch some of the references and familiar mechanics, but I think anybody with a pulse would have a good time roaming through this carefully constructed and detailed world, picking up medkits and bullets, and silently exterminating your foes. As somebody who's spent the last several months immersed in game building, I can see how a lot of the work here was accomplished, and I can honestly say from that angle and just as a player of games, I'm really impressed by Mech Gears.

I really liked this game over screen every time I saw it...